What Is The Difference Between UV And UVC? The Most Complete UV Sterilizer Terminology On The Net

Home/UVCA News/What Is The Difference Between UV And UVC? The Most Complete UV Sterilizer Terminology On The Net

What Is The Difference Between UV And UVC? The Most Complete UV Sterilizer Terminology On The Net

2 What is the difference between UV and UVC?

3 What is the difference between UV sterilizer and UVC sterilizer?

Ultraviolet (UV) is a general term for radiation in the electromagnetic spectrum with a frequency of 750 THz to 30 PHz, corresponding to a wavelength of 10 nm to 400 nm in a vacuum, which cannot cause people’s vision. It is an invisible light with a higher frequency than blue-violet light. Ultra- means “above, beyond” of ultraviolet light.

2 What is the difference between UV and UVC?

UV is a general term for ultraviolet light, which is more frequent than visible light on the solar spectrum. It is divided into UVA, UVB, UVC, EUV according to different wavelengths. 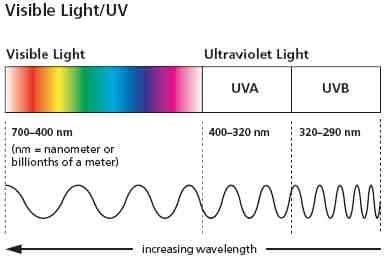 UVA, wavelength 320~420 nm, also known as long-wave black spot effect UV. It has strong penetrating power and can penetrate the most transparent glass and plastic. More than 98% of the long-wave ultraviolet contained in sunlight can penetrate the ozone layer and clouds to reach the earth’s surface, and UVA can reach the dermis layer of the skin, destroying elastic fibers and collagen fibers, and tanning our skin. 360 nm wavelength UVA ultraviolet meets the phototropic response curve of insects and can be used to make insect trap lamps. 300-420 nm wavelength UVA ultraviolet can pass through the completely cut-off In October 2009, German and Italian scientists found that [astaxanthin] can effectively eliminate [UVA] damage to skin cells. 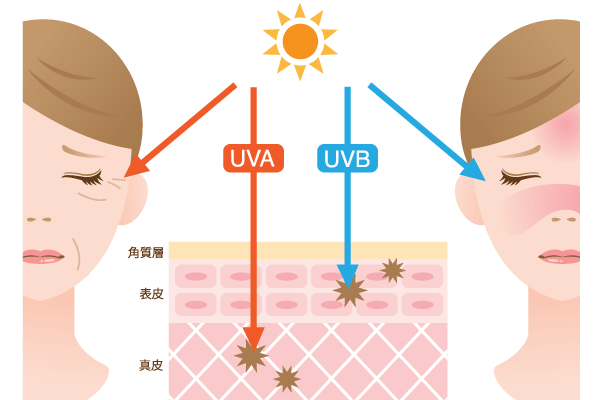 UVB, wavelength 275 ~ 320 nm, also known as medium-wave erythema effect UV. Medium penetrating power, its shorter wavelengths will be absorbed by transparent glass, most of the medium-wave UVB contained in daylight is absorbed by the ozone layer, only less than 2% can reach the earth’s surface, in summer and late afternoon will be particularly strong. UVB has an erythematous effect on the human body, can promote mineral metabolism and vitamin D formation in the body, but long-term or excessive exposure will make the skin tanned and cause redness and peeling. UV health lamp, plant growth lamp issued is the use of special translucent purple glass (not through the light below 254 nm) and the peak near 300 nm phosphor made.

UVC, wavelength 200 ~ 275 nm, also known as short-wave sterilization of ultraviolet light. It has the weakest penetrating ability and cannot penetrate the most transparent glass and plastic. The short-wave UV contained in sunlight is almost completely absorbed by the ozone layer. Short-wave UVC is very harmful to humans, short exposure can burn the skin, long-term or high-intensity exposure will also cause skin cancer. UVC germicidal lamps are issued is UVC short-wave ultraviolet radiation.

3 What is the difference between UV sterilizer and UVC sterilizer?

Ozone-free UVC sterilizers emit 254 nm wavelength UV light to kill bacteria by irradiating the DNA (deoxyribonucleic acid) structure of microorganisms so that the bacteria immediately die or can not reproduce offspring, to achieve sterilization purposes. The 185 nm wavelength ultraviolet light emitted by ozone-based UV disinfectors turns oxygen in the air into ozone (ozone has strong oxidizing properties and can effectively kill bacteria) 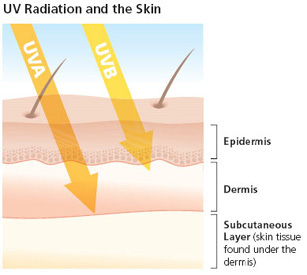 Studies have confirmed that the high-pressure sunlamps used in tanning salons emit 12 times the dose of UVA than the sun. Not surprisingly, people who use tanning salons are 2.5 times more likely to develop squamous cell carcinoma and 1.5 times more likely to develop basal cell carcinoma. According to recent studies, first exposure to young people’s tanning beds increases the risk of melanoma by 75%. UVA rays penetrate glass significantly. 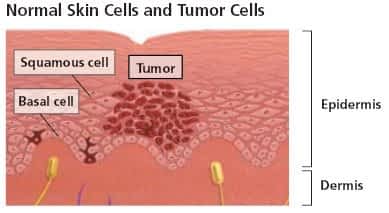 UVB is a major cause of skin redness and sunburn, and it tends to damage the more superficial surface layers of the skin. It plays an important role in the development of tanning, photoaging, and skin cancer. Its intensity can be affected by season, location, and time of year. For example, in the United States, UVB is strongest between 10 a.m. and 4 p.m. during the months of April through October. At some high altitudes or in areas covered with snow and ice, UVB reflects 80% of the light through reflective surfaces, giving you secondary exposure to UVB. So whether indoors or outdoors, either by physical or chemical means, protect yourself to reduce UVB radiation. UVB rays do not penetrate glass significantly.

In nature, UVC belongs to the short-wave ultraviolet light, the shortest wavelength and most dangerous, but it is generally blocked by the ozone layer and does not reach the surface of the earth’s degree.

As UVC is easy to destroy the DNA or RNA of bacteria and viruses so that bacteria and viruses lose the ability to reproduce, which also makes UVC become one of the important physical sterilization. UVC lamp damage to the human body is proportional to the radiation intensity of UVC and radiation time, that is, the greater the radiation dose, the more serious damage to people. The human body is illuminated for a short period of time that the skin will be red, itchy, allergic pimples. UVC shine to the human eye is also very harmful, a short time larger dose of shine will make the eyes red, swollen, tearing, can not open the eyes, long time by UV radiation will lead to cataracts and even blindness. Some UVC lamps in use will make the oxygen in the air to generate ozone, which will make people dizzy, disgusting adverse reactions.

So when using UVC lamps for sterilization, keep the room airtight and unoccupied. When disinfection is completed, open the window for more than 50 min to make the indoor ozone fully dissipate. When accidentally irradiated by UVC to the eyes and skin, choose to seek medical attention as soon as possible, and do not rub, touch, etc. with your hands.

The latest research confirms that the effect of far-ultraviolet (222 nm UVC) lamps for sterilization and disinfection is basically the same as that of 254 nm UVC lamps, and the damage to 222 nm UVC for people will be greatly reduced than 254 nm UVC.