The latest and most severely mutated strain of the COVID-19 has spread in South Africa and aroused global attention. The World Health Organization (WHO) has given it a Greek code name, called Omicron. The British authorities designated it as a new mutant strain under investigation. Many governments quickly adopted anti-epidemic measures such as travel restrictions, plummeting.

The Omicron is also called B.1.1.529, just like Delta, Alpha, etc. before it. The WHO has declared that this new variant of the coronavirus is “worthy of attention.” Currently, most of the confirmed cases are concentrated in one province in South Africa. WHO experts met with South African officials on Friday (November 26) to assess the changing situation in the country.

Some experts say that the latest mutant strain is the “worst mutant strain” so far. One of the most worrying sinister aspects is that it seems to be very different from the original new coronavirus, which means that it targets known viruses and mutant strains. The effects of vaccines and drugs developed may be affected.

1 Where and when was it first discovered?

2 Which variants are known about South Africa?

3 Which ones do not know yet?

4 How many variants now?

1 Where and when was Omicron first discovered?

B.1.1.529 was first discovered in South Africa’s neighboring Botswana on November 11. Three days later, on the 14th, South Africa recorded the world’s first case of B.1.1.529 infection.

On November 25, the South African National Institute of Infectious Diseases announced the confirmation of this latest mutant strain, saying that this variant strain has high infectivity and the risk of immune evasion that the vaccine is difficult to work on. Details are yet to be observed and analyzed.

So far, 77 cases have been confirmed in Gauteng Province, South Africa, 4 cases in Botswana, and 1 case in Hong Kong (a 36-year-old man traveling to South Africa). There are signs that this variant has spread more widely. 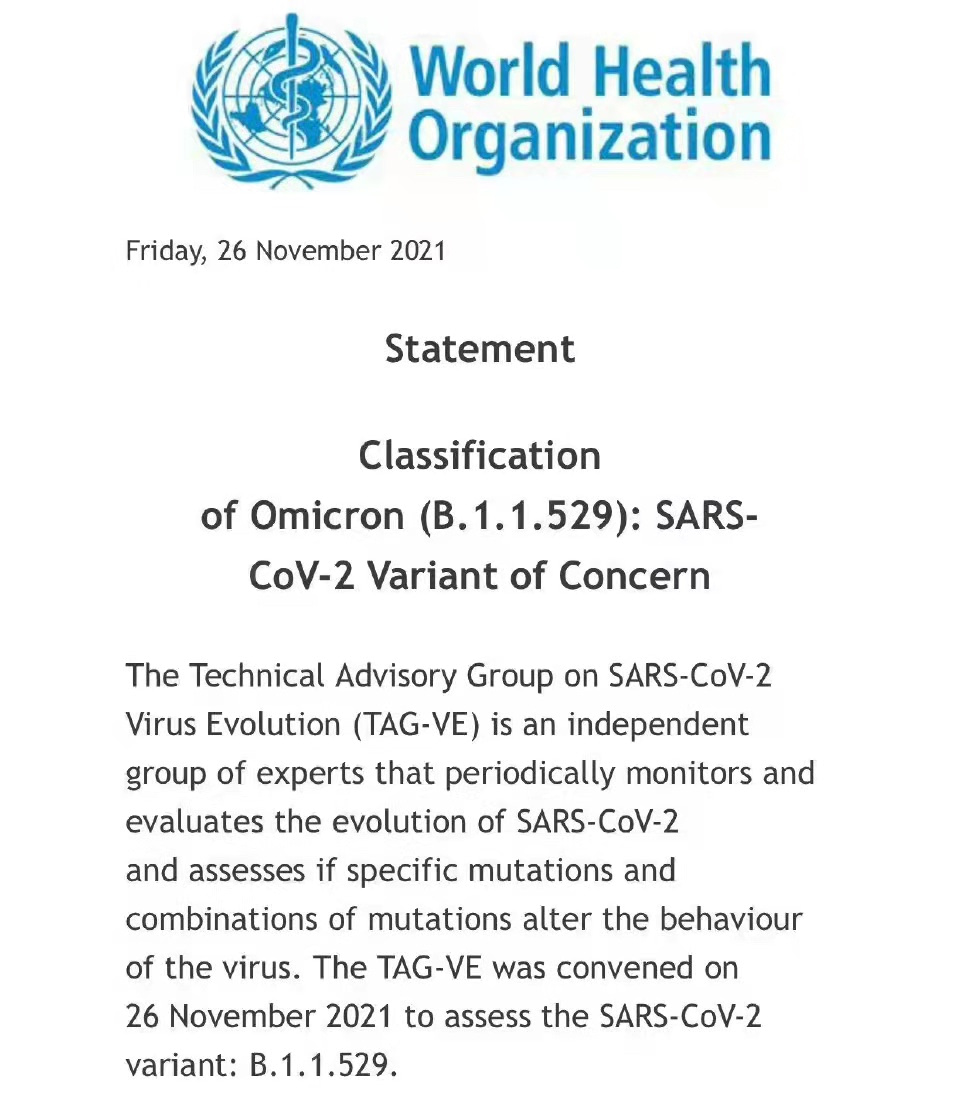 2 Which variants are known about South Africa?

The mutation degree of the latest variant of the new coronavirus is very serious. Professor Tulio de Oliveira, director of the South African Epidemic Response and Innovation Center, said that there is an “abnormal mutation group” that is “very different” and “surprising” from other currently popular variants.

The most worrying thing is that this virus is now completely different from the original virus that appeared in Wuhan, China. This may mean that a vaccine designed based on the original strain may be less effective.

But this issue needs further follow-up research and more data.

Ten mutations were found in the receptor-binding domain, the part where the virus first comes into contact with human cells. As a control, the Delta mutant strain currently sweeping the world has only 2 mutations.

Such a severe mutation is likely to occur in an infected person who is unable to resist the virus.

Professor James Naismith, Director of the Rosalind Franklin Institute at the University of Oxford, told BBC Radio 4’s Today program that this variant strain “almost certainly” will reduce the effectiveness of the vaccine, but the vaccine is still effective to some extent, and the treatment of Covid- 19’s new drug may not be affected.

He said that this variant has not been proven to be more transmissible, but it has mutations consistent with the Delta variant and seems to spread faster than other variants. 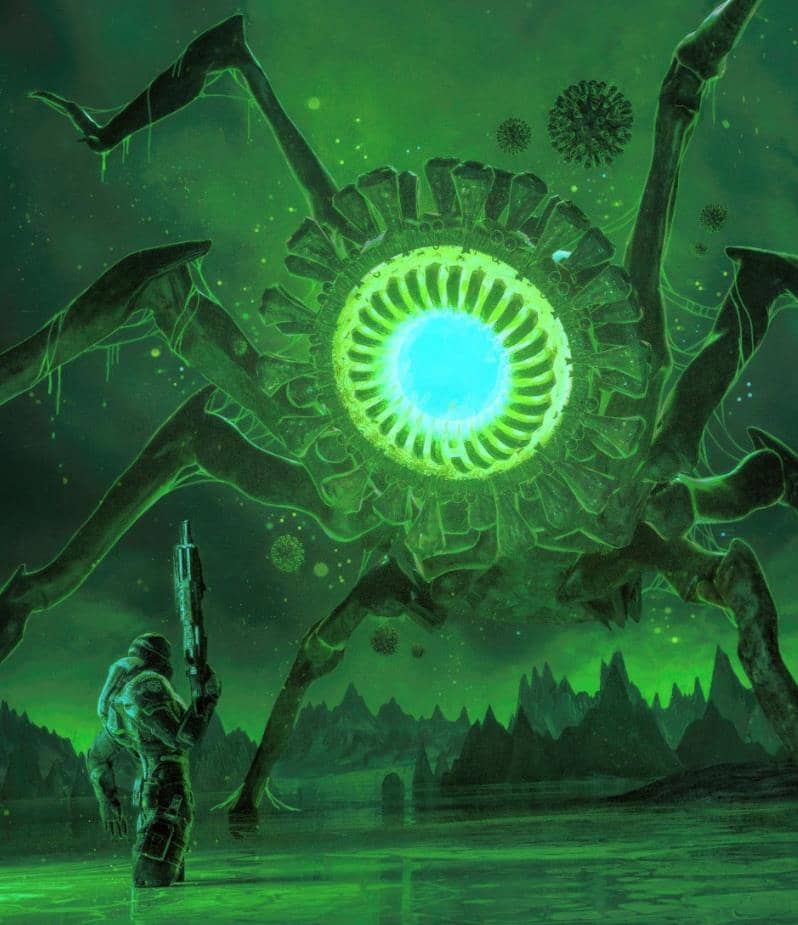 3 Which ones do not know yet?

The biggest question about the latest variant: Which vaccines is it resistant to? To what extent does it evade the immune system? Is the toxicity more serious? Does it spread faster than Delta?

According to existing virological analysis data, 90% of the new crown infection cases in Gauteng, South Africa may already be this mutant strain, and it “may already exist in most provinces in South Africa.”

However, Gallagher analyzed that this does not tell us whether it spreads faster and more severely than the Delta variant, or to what extent it can evade the immune protection brought by vaccination.

Professor Neil Ferguson of Imperial College London said that travel restrictions are “cautious”, but it is not clear whether this variant is more infectious or resistant to vaccines, so it is now judged its potential risk. Premature. 4 How many variants now?

According to WHO’s definition, a “noticeable” strain has the following characteristics: it appears in multiple countries/regions, and the mutation has a confirmed or suspected significant impact on the infectivity and severity of the virus.

Variant strains that are “worthy of concern”-those with increased infectivity, harmful changes in the epidemiological sense, increased toxicity, changes in disease symptoms or manifestations, and evidence of testing, treatment, and preventive measures (such as vaccination) Effectiveness decreases.

Alpha, Gamma, and Beta mutant strains all have a mutation called N501Y, and this mutation seems to enhance the virus’s ability to infect cells and make it easier to spread.

They are listed by the World Health Organization (WHO) on the list of “concerned” variants that require attention because they pose a greater threat to public health, such as more infectious viruses, leading to more serious illnesses, or greater resistance to vaccines. powerful.

Other important mutant strains are listed as “worthy of attention” because they have been found to spread in multiple countries or cause disease clusters.