3 UV disinfection (sterilization) lamps and their use

4 Ultraviolet radiation illuminance meters and its method of use

As stated in the “COIVD-19 Pneumonia Treatment Protocol (Trial Version 6)“, novel coronaviruses are sensitive to ultraviolet light and heat, and lipid solvents such as 56 ℃ for 30 min, ether, 75% ethanol, chlorinated disinfectants, peroxyacetic acid, and chloroform can effectively inactivate the virus. There are many types of coronaviruses, and the pathogenicity and clinical manifestations of different types of coronaviruses vary. The COVID-19 is the seventh known coronavirus to infect humans and replicate via nucleic acid (RNA). The process of disinfection by UV germicidal means mainly affects the RNA of the virus, destroying the protein layer of the virus and thus affecting its survival and replication ability. Compared with high-temperature and liquid disinfection methods, UV radiation is highly efficient, broad-spectrum, thorough, non-resistant, and non-secondary contamination, and is suitable for disinfection of indoor air, surfaces, water, and other liquids. The disadvantage is that when the dose of UV radiation (radiation energy/exposure, which is the product of radiation irradiance and exposure time) is not sufficient, it cannot effectively kill pathogens, resulting in ineffective disinfection, and improper use can also cause damage to eyes and skin. In addition, UV radiation can only be applied to the surface of the object, not to the interior of the object for disinfection.

UVC radiation belongs to the broad-spectrum germicidal category and can kill all microorganisms, including bacteria, tuberculosis, viruses, bacteriophages, and fungi. UVC radiation has been proven to kill viruses, and different disinfection objects do not require the same dose of UVC radiation.

In 2004, Darnell et al. placed a UVC light source at 3 cm from the culture medium with a radiation irradiance of 4016 μW/cm² and irradiated it for 6 min to efficiently kill the SARS-CoV virus. The viral inactivation rate was 99.99% or more after 6 min of irradiation. The detection limit of virus inactivation was reached after 15 min of irradiation. As can be seen from Fig. 1, the kill rate LOG value was positively correlated with the cumulative irradiation energy (dose) and linearly correlated until LOG was lower than 4. The UV radiation dose required for a 99.99% kill rate was 1446 mJ/cm² at 105.8 /mL virus concentration. For the sterilization effect of UVA light source, Darnell et al. used a radiation irradiance of 4016 μW/cm² for 15 min and found that UVA radiation had little effect on the inactivation of the SARS-CoV virus, although it could destroy the RNA chain of the virus by combining with the photocatalyst to produce reactive oxygen species. In a study by Dong Xiaoping’s group in 2003, it was shown that 60-min irradiation at a distance of 80 cm from a UVC lamp with a radiation irradiance greater than 90 μW/cm² could effectively kill the virus, corresponding to a total UV dose of 324 mJ/cm². 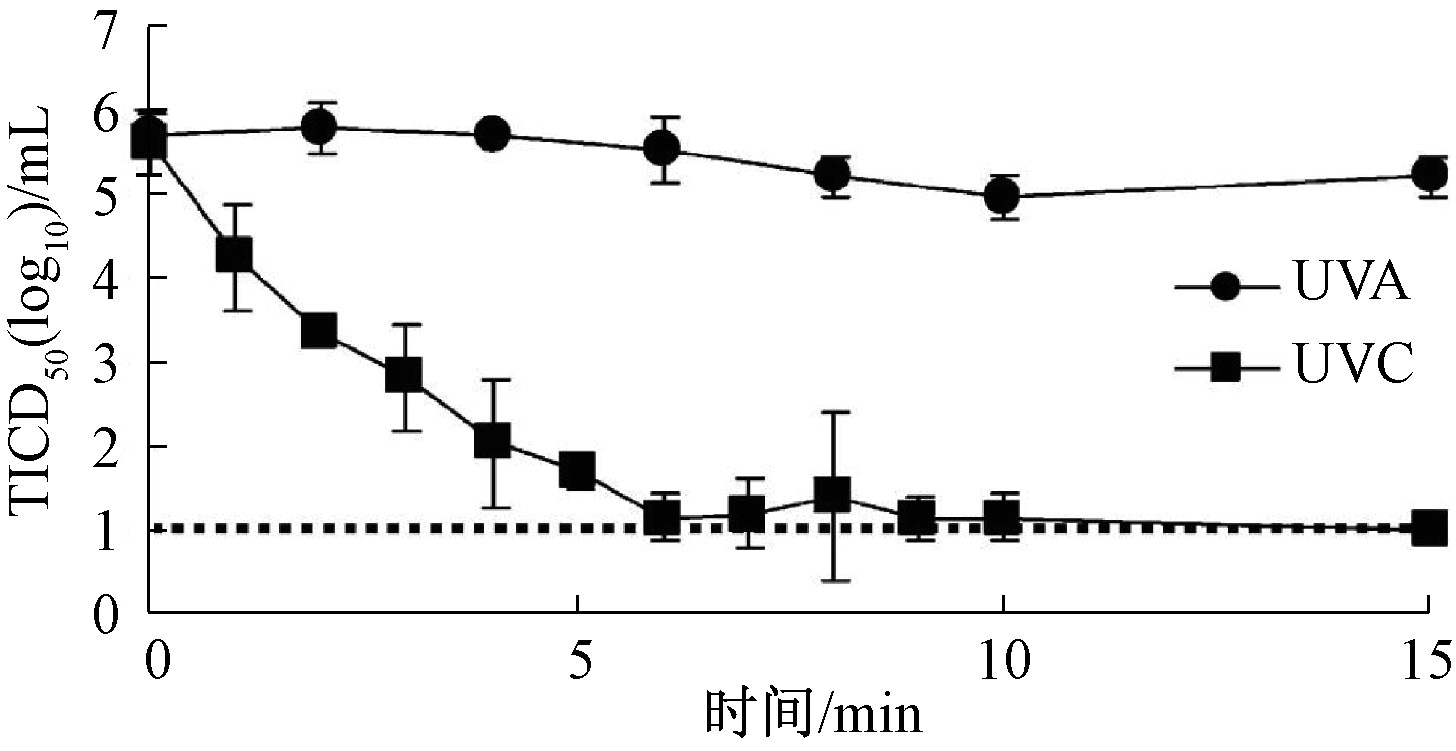 Fig. 1 Effect of UVC and UVA radiation on the infectivity of SARS-CoV

Different results have been obtained in previous studies regarding the UVC radiation dose required to effectively inactivate SARS-CoV. The UVC doses were 1446 mJ/cm² and 324 mJ/cm² for different irradiance levels (4016 μW/cm², 90 μW/cm²) and different exposure times (6 min, 60 min), respectively, with a 4. 5-fold difference.

3 UV disinfection (sterilization) lamps and their use

UVC sterilization lamp is an important apparatus to achieve UV disinfection. According to the definition of GB/T 19258-2012 “UVC Germicidal Lamp”, a UVC germicidal (disinfection) lamp is a low-pressure mercury vapor discharge lamp using quartz glass or other violet-permeable glass, which produces ultraviolet radiation with a peak wavelength of 253.7 nm. COVID-19 has no cell nucleus, and once it enters the body, it will hijack our healthy cells to gain the ability to replicate viruses. Once it enters the human body, it will hijack our healthy cells to obtain the ability to replicate the virus, and UV radiation can effectively destroy its molecular structure, prevent its replication and achieve the final effect of extinction. In addition, UVC LEDs are also a trend in the field of disinfection, and there are already some products used in tap water purification treatment.

There are two types of UV disinfection lamps in common use, an ozone-free type, and an ozone-based type. Ozone-free lamps emit mainly 253.7 nm UV light, which kills microorganisms by damaging and destroying nucleic acids through radiation. Ozone-based disinfection lamps can transmit not only the commonly used 253.7 nm wavelength UV light but also the shorter wavelength 185 nm. Oxygen molecules in the air absorb the 185 nm wavelength UV light and produce ozone, which is a strong oxidizing agent that can effectively kill viruses. The dispersion of ozone can make up for the fact that UV radiation only travels in a straight line and has a dead spot for disinfection. However, ozone is a strong irritant to the human respiratory system. The effect of UV disinfection is related to the intensity and duration of irradiation of the UVC lamp. The irradiance of the UVC lamp at a certain distance is a very important parameter that directly determines the effectiveness of disinfection.

When using the UV lamp, the following matters should be noted:

4 Ultraviolet radiation illuminance meters and its method of use

2) Periodic calibration. It should be measured and calibrated according to JJG 879-2015 “Ultraviolet Irradiation The measurement and calibration should be carried out according to JJG 879-2015 “Ultraviolet Irradiance Meter Calibration Procedure”. Limited by the current filter, detector and other optical components of the production process level, the purple The long-term stability of the external radiation illuminance meter is generally poor. Subject to the use of the environment, frequency of use, strong light aging, temperature and humidity, use and storage method, and other factors, the instrument’s value is easy to drift, resulting in measurement errors. This leads to errors in measurement.

5) Strong UV irradiation can easily lead to detector aging. Detector components such as diffusers, filters, and detection components in the long-term irradiation of strong ultraviolet light source, it is easy to the aging phenomenon, resulting in reduced sensitivity, impacting the stability of the instrument value. Therefore, it should be avoided that the detector is exposed to strong UV irradiation for a long time, and the light is blocked when it is not measured. In the strong ultraviolet radiation, irradiation under the work of ultraviolet radiation illuminance meter should shorten the calibration interval.

6) Storage of the instrument. The detector is the core optics of the UV radiation illuminance meter, its stability is very critical to the measurement. Should pay attention to the preservation of the detector, when not in use should be placed in a dry vessel or constant temperature dry box, to avoid the impact of the wet environment on the filter.

The current narrowband ultraviolet radiation illuminance meter uses UVC interference filters, interference filters are affected by ambient temperature and humidity, the peak wavelength drift, which is the main reason for the large change in the instrument value.